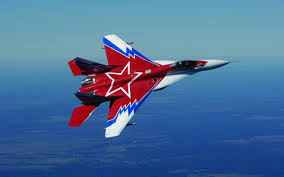 As I hear the jets flying overhead, I’m wondering: what foreign country decides to hold a military parade in another sovereign country without consultation? Apparently that is what is happening here in Armenia, even though the Armenian defense minister was in Moscow last week:

The Ministry of Defense of the Republic of Armenia (RA MOD) was caught in a quite awkward situation by the Russian side’s announcements about holding military parades in Armenia on May 9—on the occasion of the 70th anniversary of the victory in the Great Patriotic War—, in capital city Yerevan and in Gyumri, and under the command of Russian generals, Haykakan Zhamanak daily reported.

“This fact was confirmed also during the conversation between our correspondent and the RA MOD spokesperson, who in fact admitted that he does not know what this is about.

“It is yet unknown whether the Russian side, before making its [respective] statement, had it agreed with any state agency of Armenia,” Haykakan Zhamanak wrote.

Zhoghovurd also reports that Russian businessmen are taking advantage of Armenian exports, now that the new EEU member has nowhere else to turn. Also, with the decline of the ruble, some alcohol producers here (one of Armenia’s main industries) may be forced to close:

The sharp depreciation of the Russian ruble has resulted in a reduction of exports from Armenia, which has caused catastrophic conditions for small and medium-sized businessmen, Zhamanak reports.

“Wine and brandy producers whose produce is mostly realized in Russia have stopped production for the past several months and are now desperately looking for ways to realize the accumulated products. The entrepreneurs are waiting for the ruble exchange rate to rise. Otherwise, they told Zhamanak, they will have to close down the factories,” the newspaper says.